I have now moved out of the Old Woolstore and into Stuart Thomsons spare room. He is building a studio in the garden, and when its done I will move in there for the rest of my time in Tazzie, ie up until 20th April.

Still having a ball, great weather, mild summer, lots of sunshine, and its fun being in paradise. Nicky has arrived in Australia and popped over for the weekend - we visited lots of groovy places around the top of the island.

We are now well and truly into the years programs. The last one was great fun - I played chimes in Ross Edwards piece Tyalgum Mantras, an atmospheric Australian work for didgeridoo and mixed ensemble, plus 12 chimists (if such a word exists) dotted around the hall.

We have started work on the Rolla trio, for my debut with the Elanee Ensemble next month. Its a trio originally written for viola, cello and bassoon, but we are doing it for viola and two basses. Some groovy low sonorities...and lots of notes! 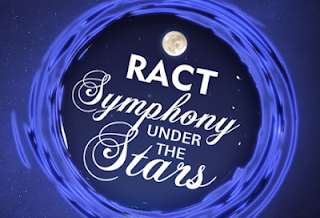 Posted by Stuart Riley at 11:58 PM No comments: