While doing the Opera Australia Autumn (er Spring in the Northern Hemisphere) season I was called into a Pearlfishers rehearsal. Dennis went AWOL and Davin is still on leave in NYC, and as I was covering the show I was called in, er 10 mins before the call started. It is custom and practice to sit him on the stool of the player who is missing. Matthew Thorne, Leanda Smith and I could not pretend to have played a flawless rehearsal but Gavin didnt play one wrong note! 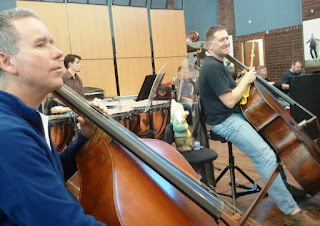 Davin Holt loaned me his beautiful Panormo bass - its a George or Joseph. 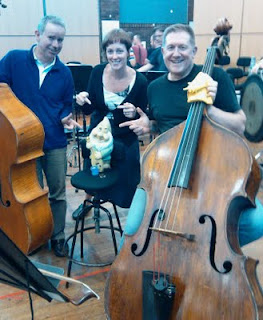 Posted by Stuart Riley at 11:22 AM No comments: